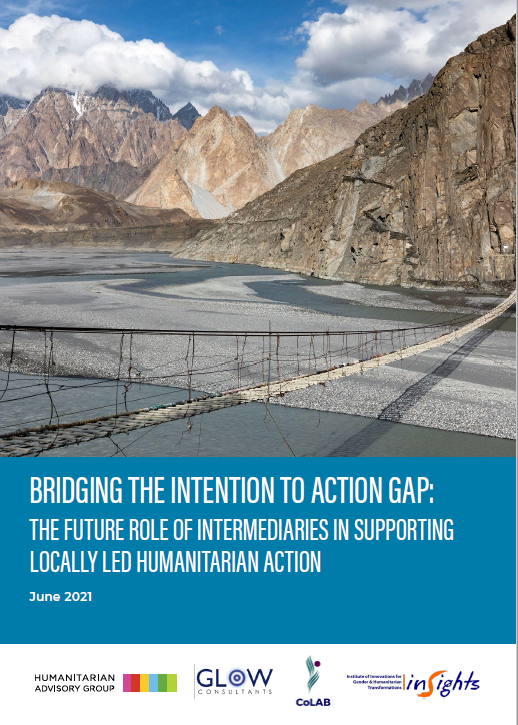 This study results from a shared ambition of the members of the Grand Bargain Localisation Workstream to increase clarity and ambition as to how the role of intermediaries should be evolving. In consultation with its co-convener, the International Federation of Red Cross and Red Crescent Societies, and members of the Workstream, the Swiss Agency for Development and Cooperation commissioned the project to explore the future role of organisations when acting as intermediaries. The study was conducted during April and May 2021 and involved over 100 stakeholders from 36 countries from across the humanitarian system.