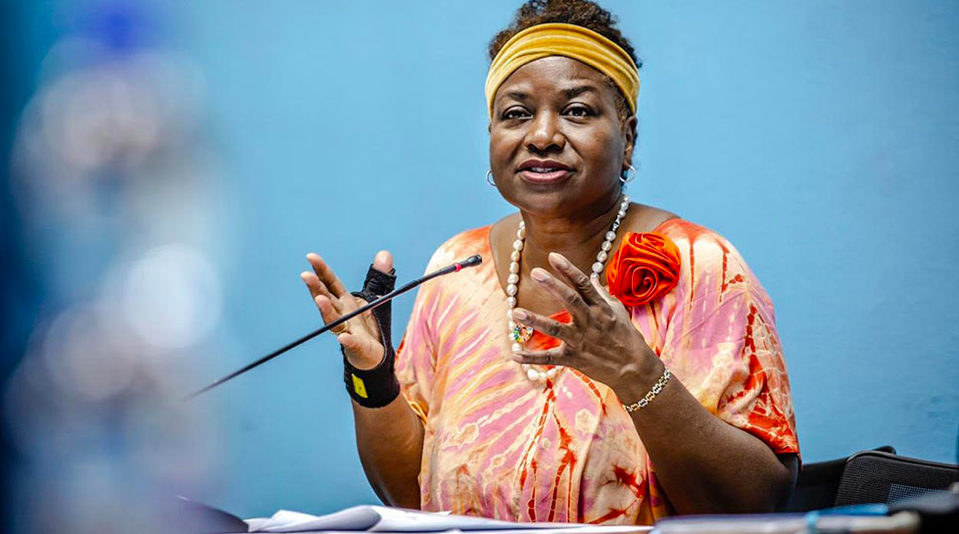 BUKAVU, Democratic Republic of the Congo – “We waited for hours in the distribution point until they eventually told us to go home. Hungry and empty-handed, I walked with three other women and two little girls. It was dusk, and I heard the little girls scream.

“I turned around and, in the dim light, I saw men and boys coming towards us. They grabbed us and they were jeering when they distributed us among them, including the children. Five men took turns raping me and violating my body. My last thought before I lost consciousness was how pure evil can exist in this world.”

This was the wrenching story told by Larise*, an internally displaced person from Eastern Congo, during a visit by UNFPA Executive Director Dr. Natalia Kanem this week.

Larise handed her a creased picture showing her battered body in the aftermath of the assault. “I was in the hospital for five months. The men broke my body into many pieces and shattered my soul.”

This horrific experience is all too common. With one of the world’s most protracted and complex humanitarian crises, the Democratic Republic of the Congo has more than 5 million displaced people and communities that continue to be upended by armed conflict, violence and insecurity.