More support and funding tools for local and national responders

National and local responders comprising governments, communities, Red Cross and Red Crescent National Societies and local civil society are often the first to respond to crises, remaining in the communities they serve before, after and during emergencies. Grand Bargain Signatories are committed to making principled humanitarian action as local as possible and as international as necessary recognizing that international humanitarian actors play a vital role particularly in situations of armed conflict. Grand Bargain Signatories engage with local and national responders in a spirit of partnership and aim to reinforce rather than replace local and national capacities.

Aid organisations and donors commit to:

END_OF_DOCUMENT_TOKEN_TO_BE_REPLACED

Virtual Dialogue Series: Accountability - who is accountable to whom? 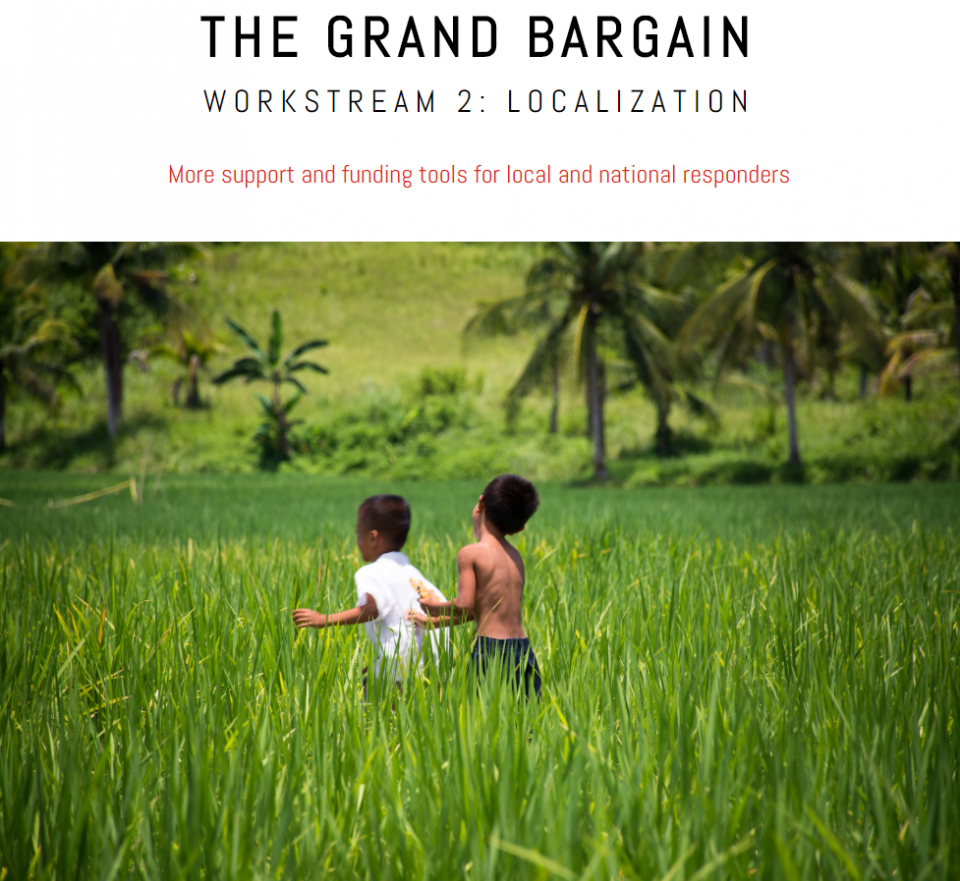