The Added Value of Flexible Funding to the ICRC - June 2020 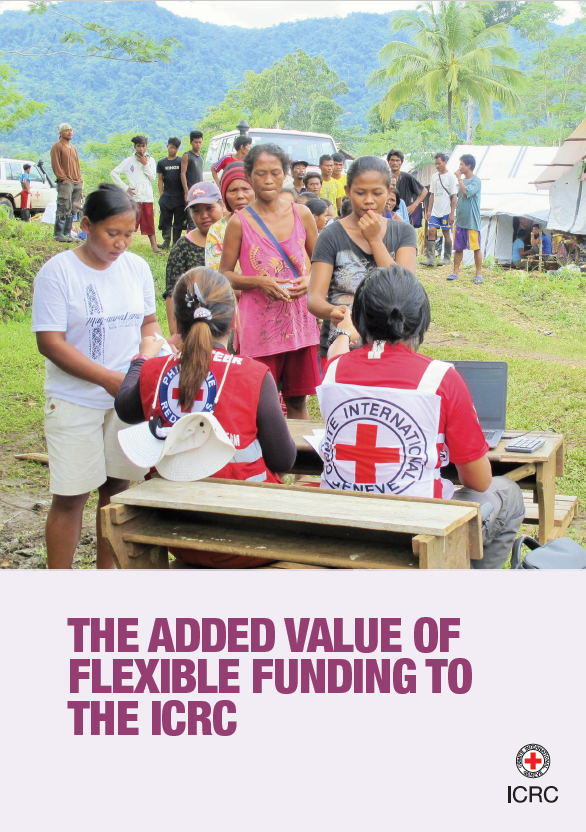 As the International Committee of the Red Cross (ICRC) states in its Institutional Strategy 2019–2022, the human cost, direct and indirect, exacted by armed conflict and other situations of violence is appalling. Every day, hundreds of thousands of civilians throughout the world are persecuted, abused, displaced, wounded or killed and regularly denied the fundamentals of humanity. The number of civilian deaths caused by conflicts doubled between 2010 and 2016 and the number of people displaced, missing or behind bars owing to conflict and violence is greater than at any point in several decades. Short-term humanitarian problems caused by conflict and violence are made worse by longer-term trends like climate change, population growth, urbanization and uneven economic development.

Preventing, responding to and/or ending conflict and violence have been made more difficult by an increasingly fragmented international order and a lack of diplomatic solutions. The politicization of principled humanitarian action threatens to further reduce the neutral space required for responding to the consequences of increasingly complex and intractable conflicts.

The availability of non-earmarked and loosely earmarked funding (hereafter flexible funding) is crucial for aid agencies to put the humanitarian imperative into practice. However, most multilateral and humanitarian organizations, including the ICRC, have witnessed a decline in the portion of their income received as unearmarked, core contributions.

The Grand Bargain includes a number of commitments aimed at improving the quality of humanitarian funding and progressively reducing the level of earmarking. The 2019 independent report on the Grand Bargain, however, indicated that there has been limited progress on these commitments. The report emphasizes the critical importance of increasing the predictability and flexibility of funding in order to achieve the Grand Bargain’s goal of improving the efficiency and effectiveness of humanitarian action.