The COVID-19 pandemic has profoundly impacted the work of humanitarian response. International response teams have adapted and adopted new approaches and guidance to ensure the continuation of an effective and safe response to support the people in need.The session will be hosted under the priority topic "emergency response in a pandemic" which will be facilitated by IASC's Peer-2-Peer. It will provide participants a perspective through the lens of international front-liners and experts mobilized as part of the international response to Beirut port explosions on 4 August 2020.

Part III: Statement by the Permanent Representative (PR) of Lebanon to the UN and other International Organizations in Geneva and Q&A - 30 min

Q and A Session - Questions and Answers from the virtual audience

Participants will come from the following target groups: Networks of ERS and Global humanitarian network members of the Humanitarian Networks and Partnerships Week. 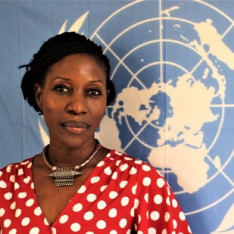 Ms. Edem Wosornu has been appointed as the Chief of the Response Support Branch of Coordination Division in the United Nations Office for the Coordination of Humanitarian Affairs (UN-OCHA) in Geneva in February 2021. Ms Wosornu has more 19 years of experience in humanitarian affairs, including multiple leadership positions in some of the world’s most complex emergencies. Prior to her recent appointment, Ms. Wosornu served as a Senior Humanitarian Affairs Officer with the Operations and Advocacy Division in OCHA New York where she supported management on various thematic issues. Ms. Wosornu served as the OCHA Head of Office in Nigeria from 2018 to 2020; and as Chief of the Strategy Planning, Evaluation and Guidance Section in the Office of the Assistant-Secretary-General of OCHA from 2016 to 2018, where she was responsible for strategic planning, monitoring and evaluations, and coordinating interagency humanitarian evaluations. Before this, she briefly led the Political Engagement Team ahead of the 2016 World Humanitarian Summit; served as the Chief of Section for Asia and the Pacific Region (2015-2016); the OCHA Head of Office in Somalia from 2014-2015, and Deputy Head of Office in Somalia from 2012-2014.  From 2004 to 2012, Ms Wosornu worked in various management and technical capacities for UN-OCHA in New York, Pakistan, Somalia, Sudan and Yemen. Before joining OCHA she worked as a United Nations Volunteer and intern for the UN High Commissioner for Refugees in Sudan and London, from 2001 to 2004. Ms. Wosornu worked in the private legal sector in London prior to her UN career. Ms Wosornu holds a Postgraduate Diploma in Legal Studies from the College of Law, London; a Master of Laws (LL.M) in International Banking and Finance Law from University College London (UCL); and a Bachelor of Laws (LL. B) from the University of Hull, UK. 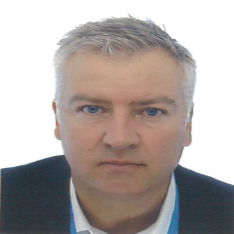 Peter Muller is the Global Lead for the United Nations Disaster Assessment and Coordination (UNDAC) mechanism in OCHA’s Response Support Branch.Peter Muller has for the last 25 years been working in the field of humanitarian assistance and development, in particular for Médecins Sans Frontières (MSF), UNDP and since 2008 for OCHA. With MSF, Peter worked in Haiti, Congo, Nigeria, Afghanistan, Sierra Leone and Uganda. He was adviser for UNDP’s regional Pacific governance and disaster risk management programmes and joined OCHA in 2008 as the Head of the Regional Office for the Pacific based in Fiji. Since 2013 he is the Global Lead for the UNDAC system, base in Geneva, responsible for UNDAC emergency missions, training, methodology and strategy. Peter is an UNDAC member since 2006 and has led several emergency response missions, most recently in Lebanon following the Beirut port explosions 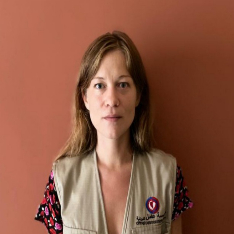 Virginie Lefèvre is a Jurist who has been working for the past 14 years with NGOs, particularly for the promotion and for the protection of Human Rights. Since 2010, she is living in Lebanon where she is involved in the humanitarian and in the development sectors. She is now the Program and Partnerships Coordinator of Amel Association International, a Lebanese NGO. Through her work, Virginie Lefèvre is committed to improve operations and coordination, notably within the framework of the Syrian crisis emergency and stabilization response, while contributing to reflexions around the international humanitarian system, North-South partnerships, national NGOs, etc. She is a member of the LHDF and ICVA Boards.

H.E. Ambassador M. Salim Baddoura, Permanent Representative of Lebanon to the UN and other International Organizations in Geneva